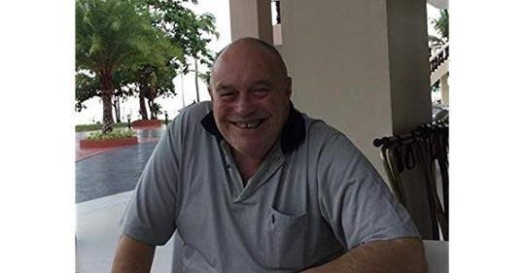 Today, I have the privilege of interviewing, Grant Leishman, multi-genre author of several books, including his trilogy of semi-fantasy adventure romance, called The Second Coming Trilogy (The Second Coming, Rise of the AntiChrist and Holy War

Grant comes from the beautiful country of New Zealand and explains that ‘as I write this interview my heart is breaking over the tragic events that unfolded in my beloved country a few days ago. That New Zealand, a country so renowned all over the world for its inclusiveness and the friendliness of its people should be drawn into the horrors of terrorism like this is absolutely heart-breaking. Growing up in Dunedin in the 1960’s was the safest, most child-friendly world you can imagine. I shudder when I compare the world today with the world I knew as a child in suburban Dunedin. How life has changed in fifty years and not always for the better.’

Kirsten: I agree Grant, it’s heartbreaking news, and as you say, New Zealand isn’t a country you associate with such horrors.

Grant describes himself as a voracious reader as a kid and dreamed of one day of actually writing the books that inspired him as a child. The highlight of his week was when his father would take Grant and is wee sister to the Dunedin Library every Saturday morning to choose a new adventure of “daring-do” to read in the coming week.

Kirsten: I share those memories- although nowhere as exotic as Dunedin Library! My memories are of a small, cold dreich, North East town in Scotland, but the library was always warm and inviting,  with kids tables and chairs, and book stacked high on the tables tops. I loved it

In reality, it took another forty years before he grew up and followed his dream of becoming a writer.

He has now authored or co-authored some ten books and is finally “living my dream”.

These days he lives in Manila in the gorgeous island of The Philippines with his beautiful wife Thess and for the first time in fifty-nine years can he is truly say; “I am a happy man.”

He writes across all genres, whatever the passion of the moment dictates .

His latest book is a Historical Romance, Love Beyond, which takes place during the little known (outside of The Philippines) Philippine Revolution against the Spanish colonialists.

He also written; Horror (Paranormal Alley and The Photograph); Modern Day Crime/Romance (Just A Drop in the Ocean); a psychological, supernatural thriller with two other authors, Colin Griffiths and Rachel McGrath (Tortured Minds); a couple of compilations with other authors (Limitless and Tales of the Fantastic); plus a trilogy of semi-fantasy adventure romance, called The Second Coming Trilogy (The Second Coming, Rise of the AntiChrist and Holy War).

He loves every book he’s ever written. Each of them has something of himself in them and it would be hard to choose a favourite, but, if pushed he would have to choose Just a Drop in the Ocean. This is an intensely personal book, as although it is fictionalised it does actually tell his story through one of the characters. Writing it was both cathartic and difficult because the emotion was real and the act of putting on paper the sheer stupidity of some of his actions and the resultant consequences of those actions was sobering and at times horrifying. He loves the story, though, and even were there not a real truth to the character, it would stand as a rollicking adventure. As they say – truth is often stranger than fiction.

Kirsten: Now that does sound intriguing, and I guess if you really want to find out about the true Grant, this is the book to read!

Just a Drop in the Ocean follows Nick (from New Zealand) and Teresa (from a rural village in The Philippines) who meet and connect as pen-pals during their school days in the early 1970’s. By the time they are grown up, they have a future, together, planned out for themselves but as so often happens, life intervenes and tears all their plans to pieces. They both follow two very different paths, each fraught with danger, peril, and angst. Neither ever forgets their first real love, though and they separately wonder if somehow, someday, they may reconnect and finish what they started as innocent children. Nick’s life takes him down some dangerous paths, an unsuccessful marriage and brings him into direct conflict with the law. Teresa the victim of domestic violence is determined to make a successful life for her many children and is prepared to do whatever it takes to make that happen. She faces a world of corruption and greed, endemic to her Country that somehow she must rise above in order to ensure her safety, her success and the future success of her children.

Always, though, is that unanswered question: Can these two star-crossed lovers ever find each other again? Readers have told Grant they want to scream at Teresa to “wake up” and shake Nick furiously telling him to “get his shit together” but, of course, each must follow their destiny until they can maybe find each other again.

‘There is a perception of the writer as a lonely, crazed and often drunken individual who walks the narrow tightrope of sanity (Truman Capote, Ernest Hemingway, Virginia Wolf etc. etc.) but thankfully these days this can easily be far from reality. The Internet has some terrible aspects to it, I’m sure we will all agree with that but it has one defining characteristic which makes life, for authors, so much more bearable – its connectedness.’

Social Media and email has allowed authors to connect and more importantly to share and support each other. Grant’s experience of other Indie Authors has always been of their willingness to share their success and their methods with others. Of course, there are always the ones who just want to lord themselves over everyone, but they are very much in the minority and the exceptions that prove the rule.

Grant is a member of many social media author communities, but one in particular stands out, for him, above the others. That community is Moms favorite reads

He explains ‘A while ago, when I suddenly realised I wasn’t going to be a superstar author right off the bat (can’t understand why!!!!) I looked around trying to find the most successful Indie Author among my indie friends. That person was Hannah Howe and since then I’ve done my best to “hook my wagon to her star” hoping some of her success, knowledge and understanding of the industry would rub off on me. When Hannah started an EMagazine called Mom’s Favorite Reads, I was one of the first to jump on board. I saw this as a unique opportunity to spread our literary message further and wider’

Kirsten: I would second that. I jumped onto Grant (not literally!)  jumping onto Mom’s Favorite Reads which has been one of  the best groups I have joined

Grant tries to contribute an article of some sort to every edition of the magazine. In addition to this Mom produces a Quarterly book catalogue which contains all the member’s books. Hannah also maintains an Amazon UK Mom’s Favorite Reads Store, which his books are, or will be, listed in. The plans for the future of Mom’s are exciting and promising for future sales. What Grant gets from membership of Mom’s is not just the hope of sales of his own work but the opportunity to give something back to the community that has given him so much over the past four years, both personally and professionally. He is a very proud to be a member of this awesome community.

‘Thank you Kirsten for this opportunity to have my little say; I do appreciate it.’

Kirsten: It’s been a pleasure. As you say, Indie authors are very supportive of each other but sometimes we know so little about each other, that it’s good to get to know the person behind the books

For anyone who would like to check out Grant’s portfolio on Amazon, this link will take you to his author page: http://viewauthor.at/GrantLeishman

To view individual titles, you can take the following links:

Rise of the AntiChrist: http://getbook.at/rise

Just A Drop in the Ocean: http://getbook.at/JustADrop

Tales of the Fantastic: http://getbook.at/TOF

The Life of a Secret Writer